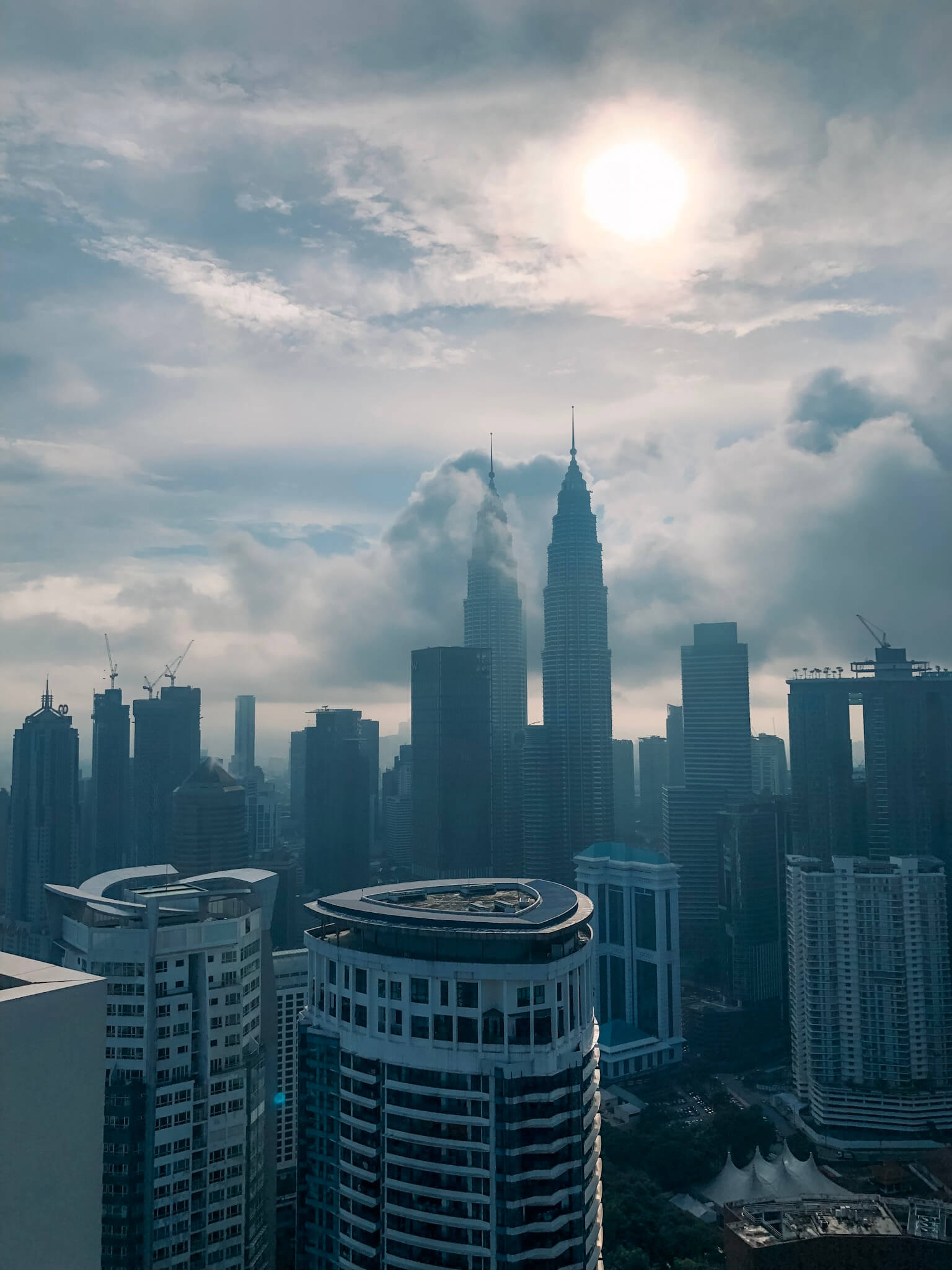 Kuala Lumpur was one more place I was not supposed to visit yet somehow ended up in.

Flying to Bali we stayed in Kuala Lumpur for two days. Flights to and from there are cheaper, and since we had a stop over and were going to fly from there, we decided to explore this city as well.

Again, we stayed in an AirBnB. We paid around 20US dollars for a night. The room was in a nice central area, and we had a view of the Pagoda Towers. It was really big, very clean and with a shared outdoor terrace pool (overlooking the towers). There was also a restaurant/bar on the top floor. We went there for drinks while we stayed in KL. 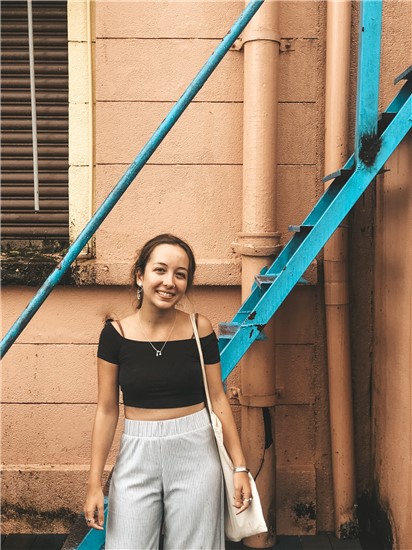 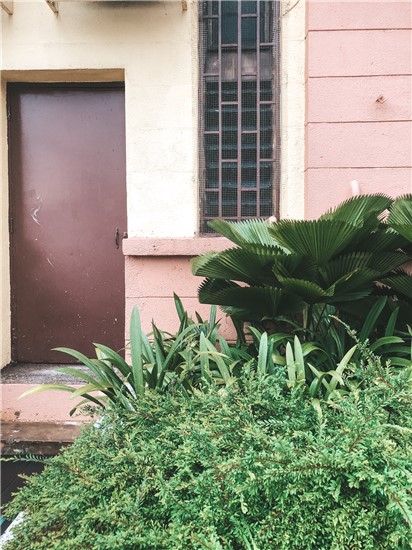 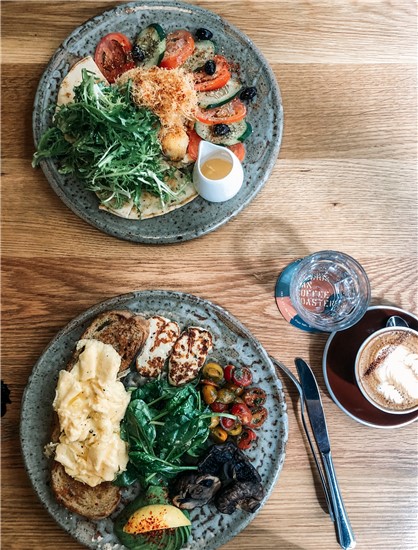 I didn’t expect much from KL, I thought it would just be another big, busy city with lots of traffic and noise. However, I was pleasantly surprised. There wasn’t much traffic at all. Comparing to Bangkok the city was cleaner and more organised. People were not rushing and there were huge parks that looked like jungles in many places around the city, where people relaxed. It was a mix of skyscrapers, amazing architecture, tiny colourful streets, food stalls and Banyan trees. It’s one more place I’d like to visit again, for a longer time. I think there are many nice places to explore.

We were in KL only for one full day. My friend had work to catch up on, and I had a lot of things to plan and book for the following weeks.  So we spent half of that day in a cafe called ‘Common Man Coffee Roasters’, they have a great menu with lots of breakfast and lunch options. The staff was very friendly, the wifi, coffee and music were all great.

APW Bangsar: Once a family-run printing factory. Now it has been transformed into a hangout area, event venue with some eateries. Amazing place!

Brickfields: (also known as Little India). Consists of textile and jewellery shops, spice and grocery stores, flowers everywhere and of course amazing food. I didn’t make a note of the Indian restaurant we went to however I recommend you visit this area and try some of the local Indian delicacies!

KL Forest Eco Park: I couldn’t believe my eyes when I walked here — it’s a protected jungle the middle of the city. You can walk along canopy trails and bridges and for a minute forget that you are in a big busy city.

Petaling Street: If you want to buy souvenirs this is the place to go. There is also a great food market here.

Sri Mahamariamman Temple: a Hindu sacred place.  I loved the colourful details as well as all the mosaics and carvings on ceilings and pillars. Definitely a must visit.

List of places I want to visit next time:

Islamic Arts Museum Malaysia: The largest Muslim Art Museum in South East Asia. Artefacts from all over the world. Prints, handicrafts and architecture. Unfortunately, we didn’t have time to visit this museum.

Lake Gardens: Another chance to forget where you are, offering many parks and gardens to explore such as a Butterfly Park, Bird Park and an Orchid Garden.

MyBatik KL: Unfortunately, I found this place after I’d left from Kuala Lumpur. They offer traditional batik classes and workshops.

National Visual Arts Gallery: The work displayed here is mostly from local artists but there are also some foreign artists. The work ranges from traditional skilled crafts like batik to modern artworks. The building is modern, and has a pyramid like shape, the interior is said to be inspired by the Guggenheim.

Orang Asli Crafts Museum: A little museum about the history and art of the original settlers of Peninsular Malaysia: the indigenous and aborigine tribes. Traditional handicrafts — carvings, tools, fabrics. Next to the National Museum which we also didn’t have time to visit.

Thean Hou Temple: One of the oldest and biggest Buddhist temples in SE Asia (1894). It’s on top of a hill and offers a spectacular view of the city. On the courtyard there are thousands of red lanterns.

Zhongshan Building: This 1950s building has been refurbished, and is now an independent arts hub. It is home to local artists and makers. The space has a gallery, print studio, a cafe (which also is a bar in the evenings), a record store as well as a bookshop and clothing shop. Again, I found this place too late and we didn’t have time to go. 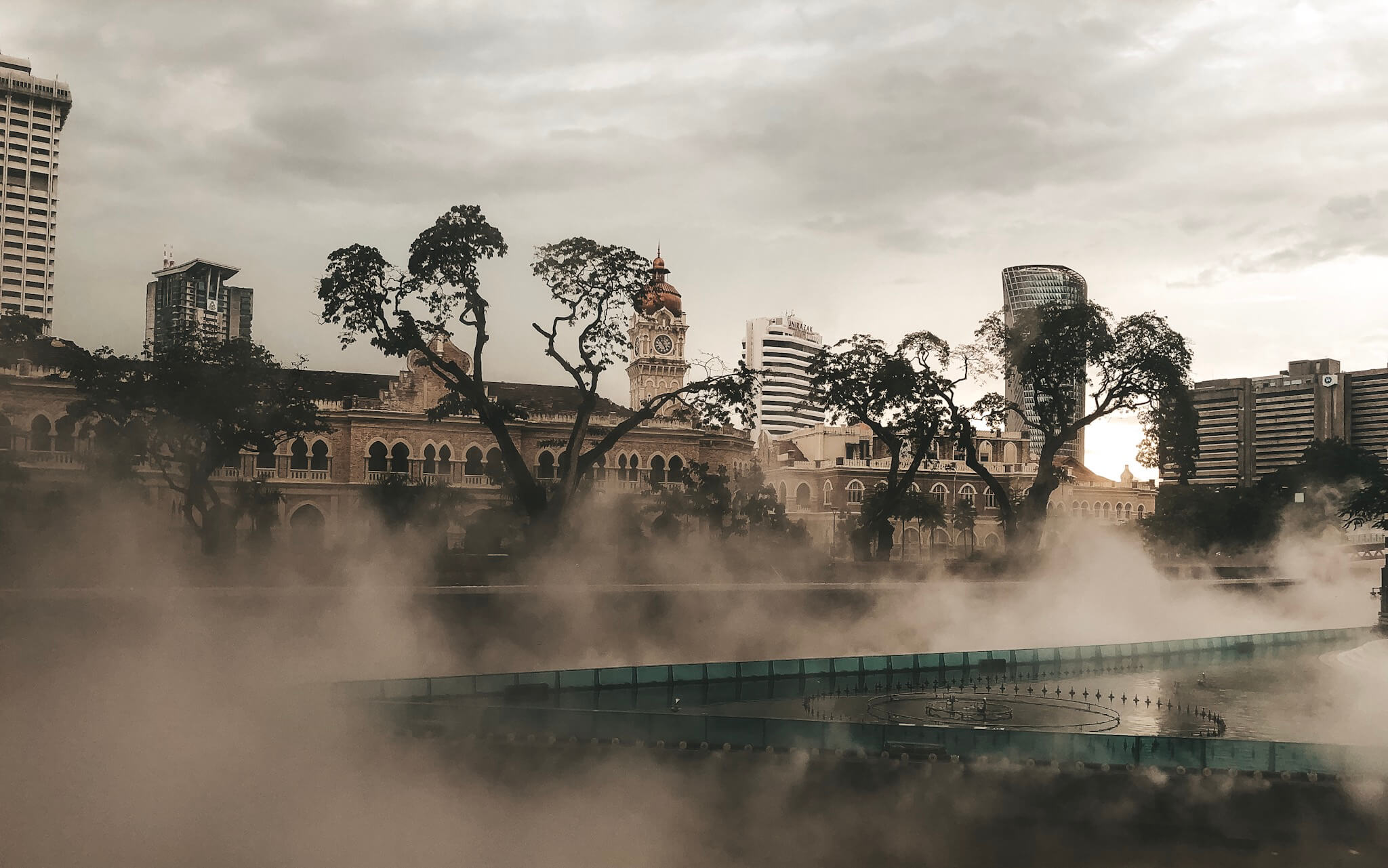 Except from wanting to see another country, explore a new culture, try different food and see some of the attractions Kuala Lumpur is known for - the main reason why I wanted to go was because of their National Textile Museum.

I spent around three hours in there, taking everything in. It was amazing how I wasn’t planning to come to Malaysia, but a short visit helped me discover how many textile techniques they have there! Natural dyeing, batiking, weaving, tie dye, beading, embroidery, block printing, screen-printing and an amazing way of connecting two or more of these techniques, creating a beautiful texture.

I must say though, I was so disappointed when I entered the first gallery on the ground floor and 90% of the lights were not working. When I asked the lady at the reception if she could turn the lights on she told me they are ‘under maintenance’. It was so bad in some rooms, that my friend had to use the torch of his phone to help me see the details of some of the fabrics or read some of the labels… It’s so unfortunate that this is the case in this museum, the fabrics displayed are pieces of art and they get lost because of the poor maintenance.

The first gallery showcases the tools, materials and traditional techniques of textile making through the processes of weaving, embroidering, knitting and beading.

One of my favourite techniques that they use is called Tritik (which means stitching) it is a kind of resist technique. It produces small dots running around a single line. They do this on silk, thin cotton and chiffon. They first draw on the fabric, and then sew with a strong thread on the lined motifs. They then pull the end of the thread and tie it off. The folds create a resist. They then put it in a dye, rinse it and then remove the knots carefully revealing the pattern. For weaving they use back-strap looms and they also do the ikat technique, which they call Pua Kumbu.

They also tie dye and batik. Unlike Indonesia, where the artist holds the fabric on their hand and works on a specific part of the fabric, in Malaysia they stretch the whole fabric using a frame in order to batik. They also don’t dip the batik piece in many colours but rather paint specific areas with a paintbrush (there is no layering of colours).

Here are some photos: 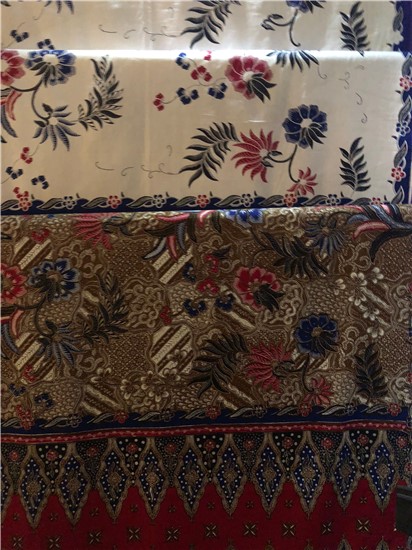 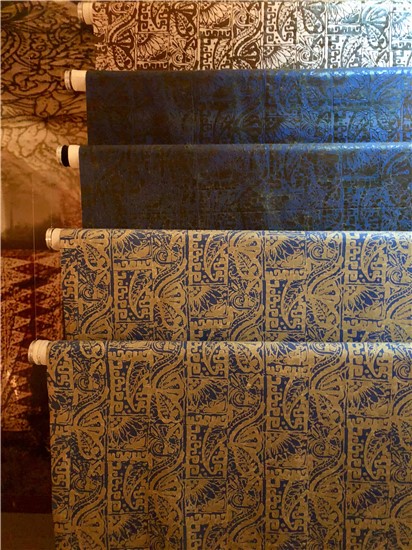 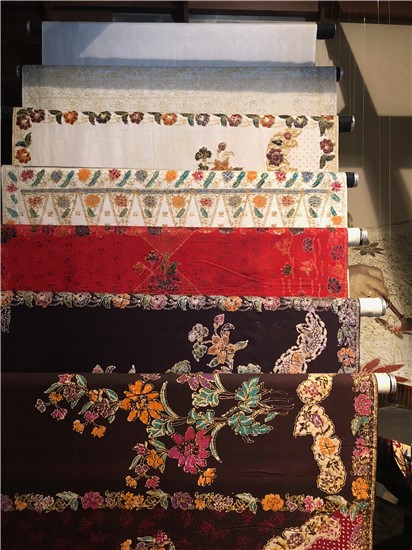 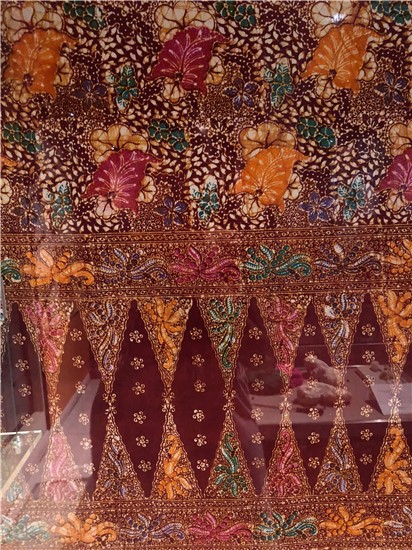 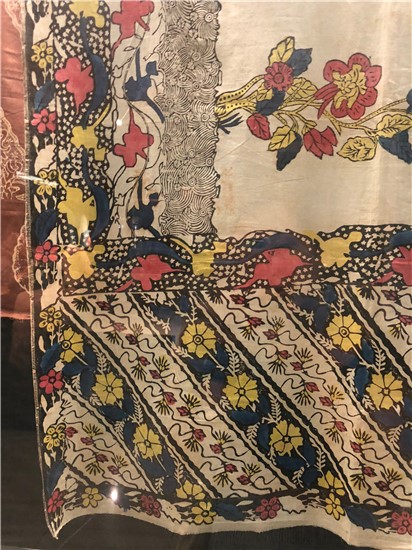 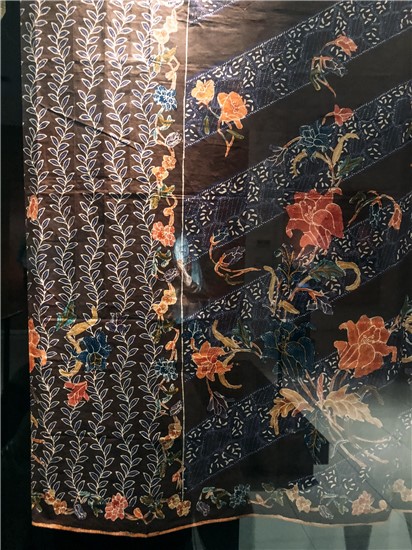 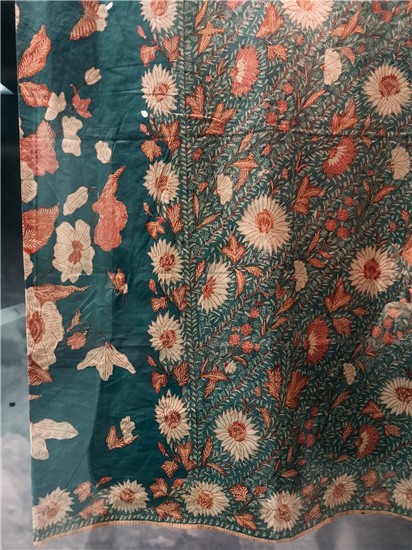 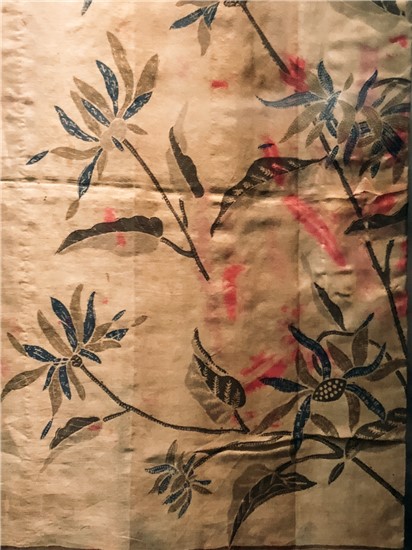 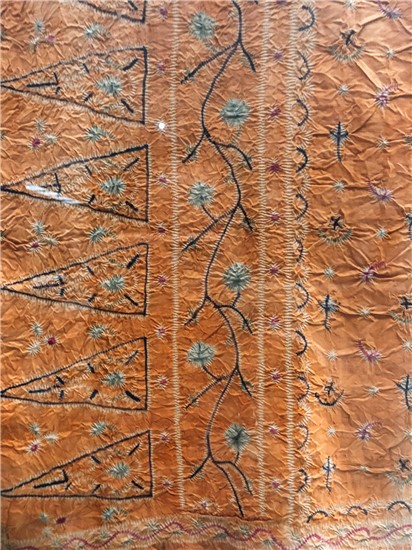 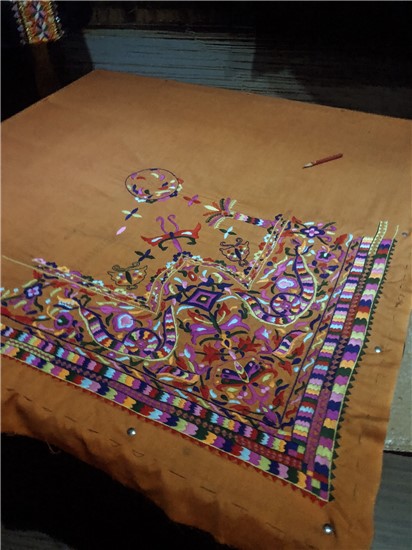 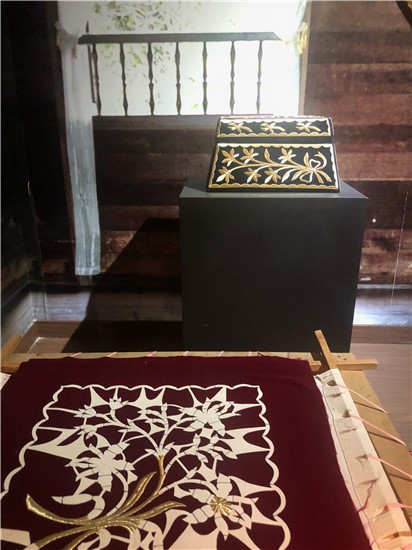 The two following galleries exhibit selected heritage collections. There are lots of batik pieces. In the beginning all batik patterns were drawn by hand, however after a few years they also started using metal blocks of copper or brass. That way the artists were able to achieve very fine design patterns. The complex designs found in the ikat pieces were normally inspired by dreams, nature as well as beliefs and values. Decoration was very important for Malaysian people. The different decorations, the place they were on an outfit, the choice of colours — they all gave an identity to each community. 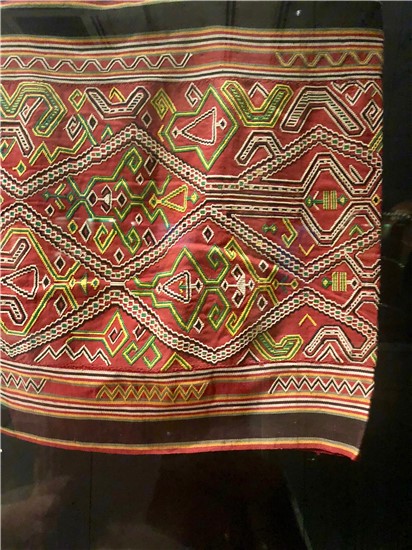 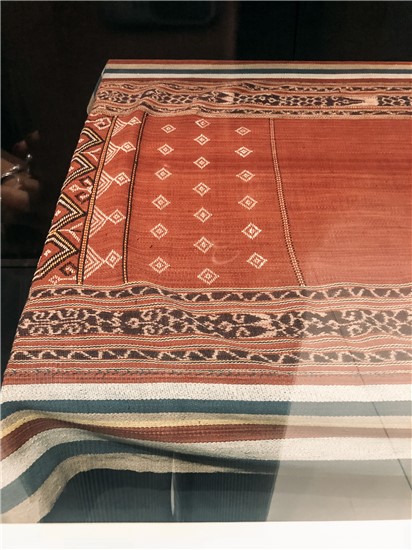 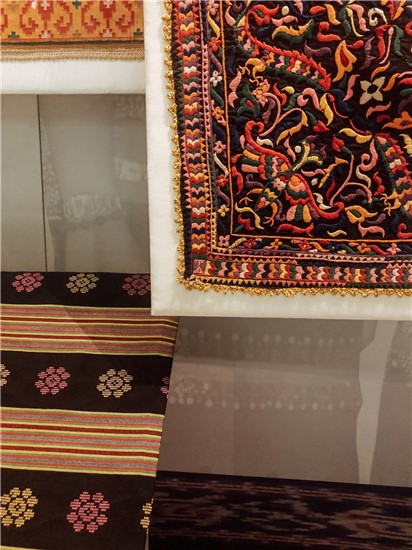 The final gallery showcases jewellery and personal items of the various ethnic groups. Accessories for Malaysian people are among the most important elements of dressing, whether to enhance beauty, for social status or as a religious requirement. Valuables and accessories became treasures and heirlooms, they were passed down to each generation in all ethnic communities. 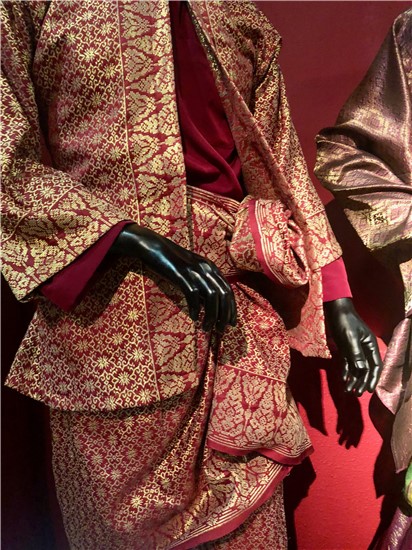 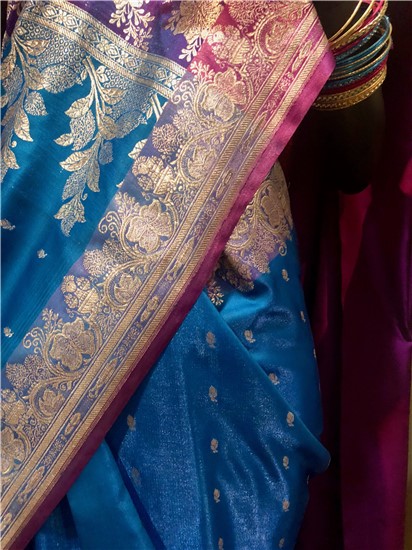 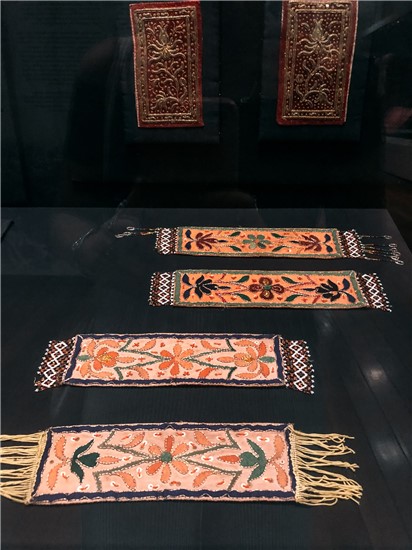 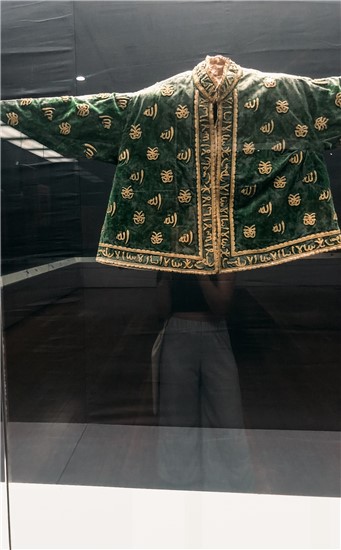 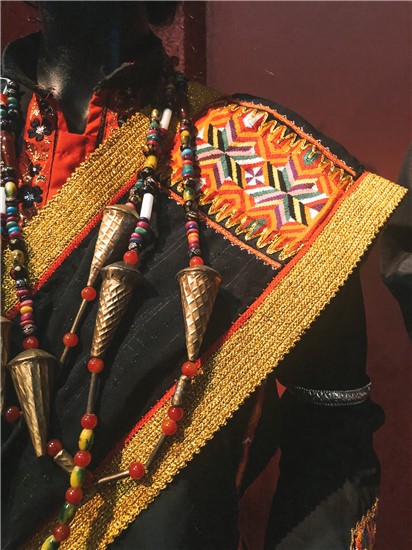 The National Textile Museum’s collection is remarkable. It really reflects the rich and diverse types of textiles that can be found in Malaysia. It was a great experience to be able to see the traditional handiwork of the multi-ethnic societies of Malay, Chinese and Indian people. I never expected to see textiles that have been created with a combination of so many techniques. It is an incredible heritage, and I really hope that the state of the museum (no lights, dust, etc) changes to the better soon.

After this very short trip, and especially after visiting this museum I really want to come back to Malaysia, to spend more time in Kuala Lumpur but also travel around the country and try find places to learn some of these amazing techniques people used to create and decorate textiles.

I hope you enjoyed this weeks post, next one will be about Bali and Nusa Penida!

Have a lovely weekend, 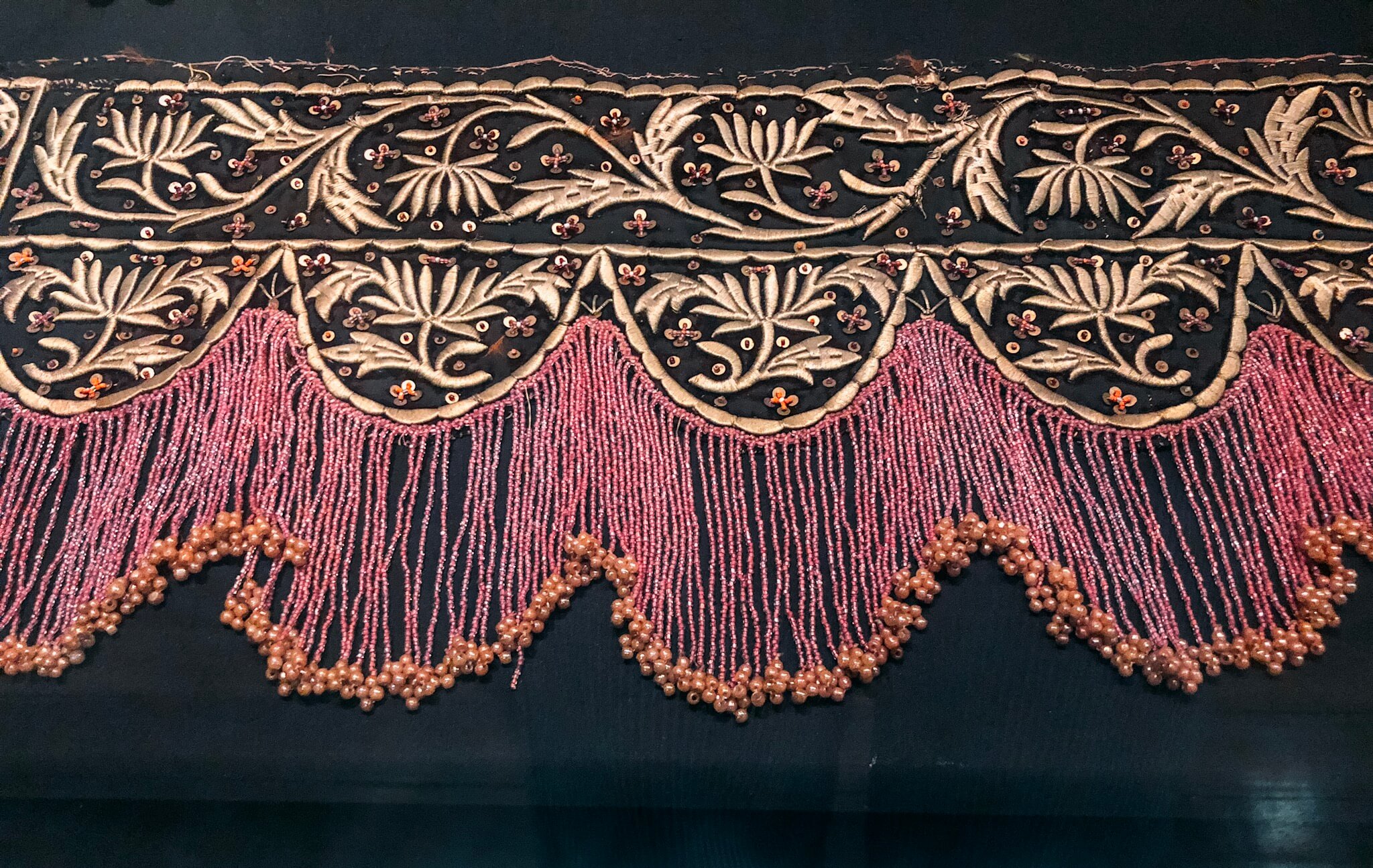 All Posts All Posts